Next we drive to Nice and then on to a small village called Villacroze. We are sure that this is the place to pack up the Kilims and send them to the States so we embark on this procedure. After several visits to the post office in Draguignan we send off three boxes. We visit a very beautiful town called Tourtour en route to the Gorge du Verdon (the Grand Canyon of France). The Gorge is spectacular, the road is tiny and winding, on the day we were there a helicopter carrying six people crashed into some power lines just after we passed through and so there were many police cars and fire engines coming towards us at great speed. At the end of the Gorge we visit Quinson and spend the night there so that next day we can visit The Quinson Museum of Prehistory which is fascinating. For us the sad part is that we missed out on so much because they have not got the exhibits in English as well as French. Almost all museums worldwide use English in their exhibits as it is the only true international language and understood by so many different nationalities. We were told that they were hoping to achieve this next year.

On next to visit some dear friends in Cotignac, which was lovely, we had visited two years ago and were so happy to see them again. Guy and our host spent many hours deep in discussion outside and at dinner new topics would arise to include me and our hostess who also loves a good discussion. Guy left feeling happy with a rekindled friendship but sad that we had to leave so soon. We would like to think that we will return in the near future.
On to Nimes, Toulouse, and then to Arricau Bordes to visit another friend (American) who moved to France from the UK seven years ago. She has renovated a beautiful house there and it was a joy to see all the good work that she has done reaching a state of maturity and seeing the pleasure that it gives her. The countryside is gorgeous and the view from our bedroom window is one that you could never get tired of.

We are en route to St. Severin D’Estissac to do a painting course for a week but first we visit the Chateau des Reynats at Chancelade for two nights and then stop at Brantome. 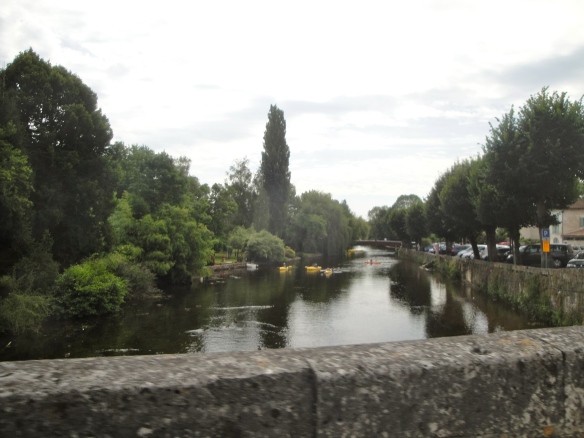 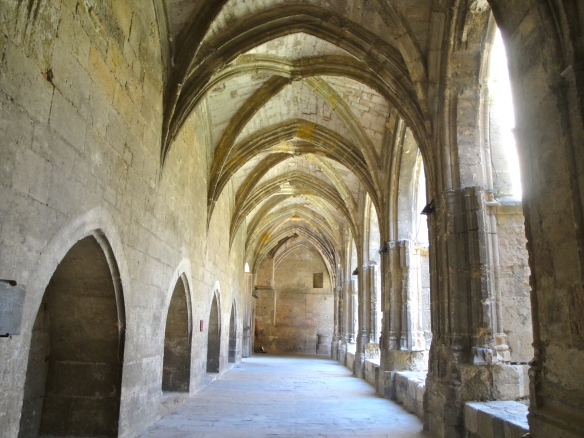 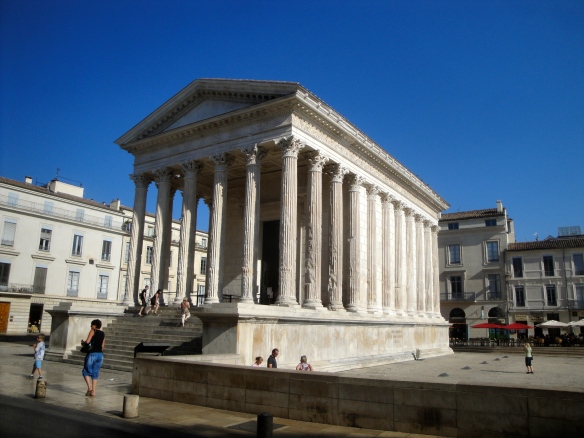 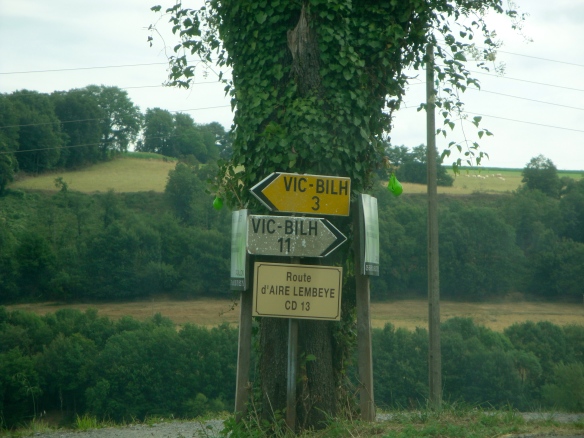